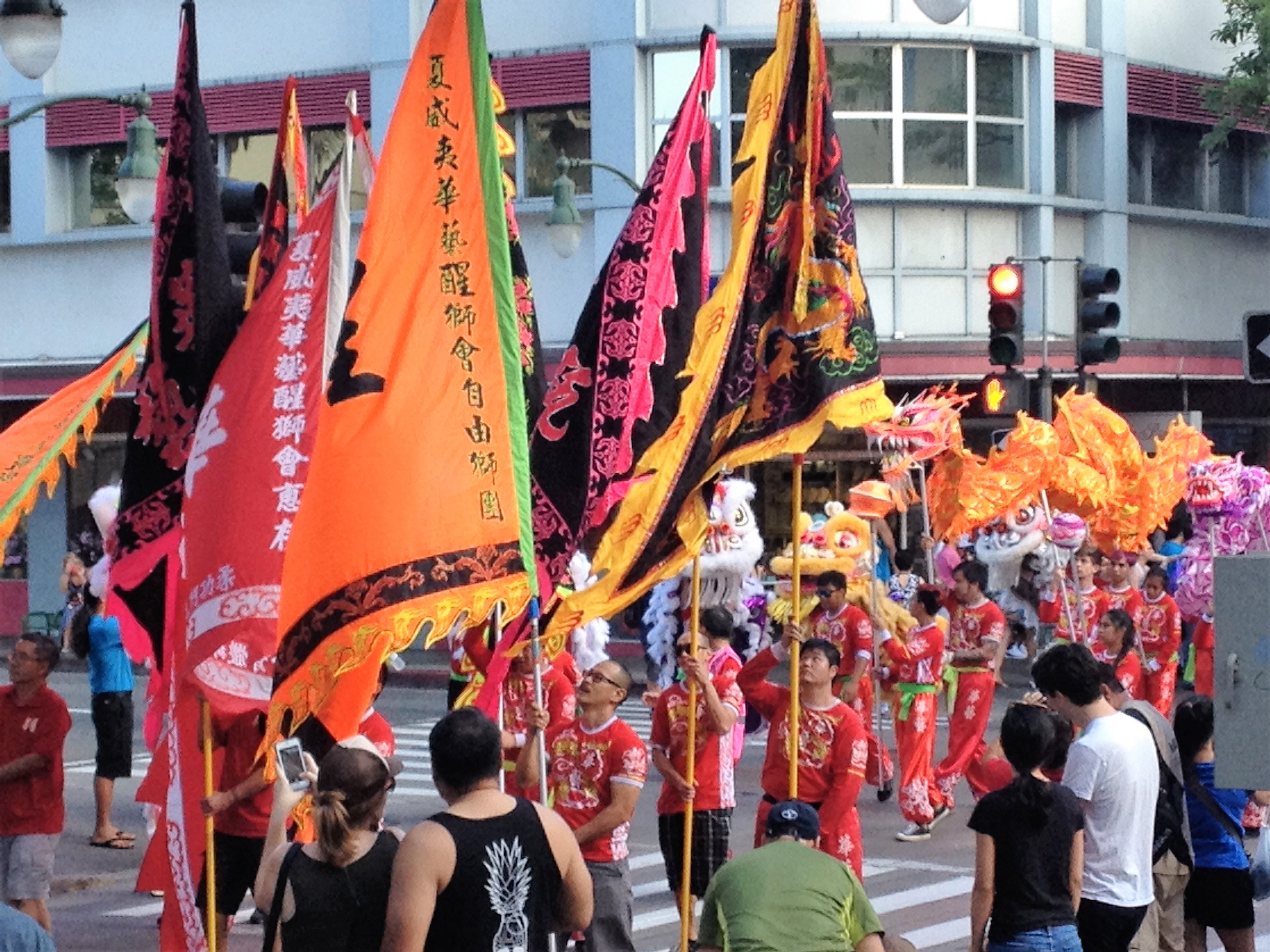 As a Hawaiian-Chinese-American, I love celebrating Chinese New Year.  It’s a great holiday, full of traditions that are fun to share with friends and family, including those who may not necessarily be accustomed to the holiday.  Chinese New Year is often greeted with firecrackers, lions, dragons, and parades in Chinatowns everywhere, and I’ve been to a few of them in different cities.  But my favorite location by far is Honolulu.  Even though we now live in California, my family makes a regular trip back to Honolulu’s Chinatown, just to take in the festivities.  If you’d like to try something new, here are my tips for the best way to celebrate the Lunar New Year in Hawaii!

What is Lunar New Year?

Most Asian cultures operate now on the traditional western calendar, but many of their holidays are based on the older lunar calendar, which some cultures have used for thousands of years.  The Asian lunar calendar turns over a new year with the new moon that falls in late January or early February, so “New Year’s Day” by this calendar would be the day that coincides with the new moon.  This year, New Year’s Day is January 28th.  But most Chinatowns don’t just celebrate that one day.  Instead, celebrations often last several days or weeks, with parades, beauty pageants, lion dance and taiko drum competitions, martial arts, and traditional blessings of businesses and homes.

In Honolulu’s Chinatown, the local Chinese Chamber of Commerce coordinates most of the festivities for the business district, and a schedule of events can easily be found online and at various retailers in the district.  There are typically two or three weekends of activities between the full moon prior to New Year and the actual New Year day itself.  Our favorite event is the “Night in Chinatown,” a Saturday in late January of early February that features the parade and much more.  This year, the event will be held on January 21st.

Chinatown is located at the edge of downtown Honolulu, between River and Bethel streets. If you take the bus to Chinatown, get off near Maunakea street and you’ll be in the middle of the action.  If you drive a car, there are several municipal and private parking garages in Chinatown.  I like to park at the underground garage at Smith and Beretania street.  The entrance is on Beretania, which is one-way Ewa bound.  Above ground, this parking garage is topped with a great little city park, which is fenced with a playground and a nice grassy area.  This park usually becomes our “home base” during Chinatown festivities, as it’s usually not very crowded and easy to find.  It also provides a (relatively safe) place to let younger kids run off some energy, or tired grown-ups find a bench to rest.  It’s usually the last place we gather together before we go home, which works out great since the parking garage is downstairs, and the city bus stop is right across the street.

As a reminder, though: like any other large city, Honolulu is a very urban area and there are homeless people, panhandlers, creeps, and other unsavory people around.  So keep a close eye and a ready hand on your kids and your valuables.  I feel much safer in Honolulu than I do in Los Angeles, but that doesn’t mean you can let your guard down.

The best place to begin your Chinese New Year excursion is the Chinatown Cultural Plaza, located just a block away from the Smith-Beretania park on Beretania street.  The Cultural Plaza is home to a number of booths, including vendors selling t-shirts, food, lucky red envelopes, lion puppets, Narcissus plants, and other New Year gifts and souvenirs.  Be sure to get a t-shirt, and order your Dragon’s Whiskers candy to pick up later on!  The Cultural Plaza also has a stage and hosts performances throughout the day.  It gets much more crowded as the day goes on, so do your browsing here early in the day.

During the festival, there are also vendor booths lining the streets for several blocks throughout Chinatown.  We like to start in the cultural plaza and then work our way down Maunakea street (the center of Chinatown) and browse the side streets as we go.  Again, these will get much more crowded later in the day, so try to get there before noon.

The annual “Night in Chinatown” parade starts at 3:30 in the afternoon and runs along Hotel street, starting in Honolulu and ending at River street.  The parade includes local schools and civic organizations, the Narcissus queen and court, local dignitaries, and taiko and martial arts demonstrations, and plenty of lions and dragons!   We like to get some food and spread a pareu to sit on the wall near the Foo Dog statue at the makai-ewa corner of Hotel and Bethel, where we can have a great view of the lions coming up the street.  A lot of people also sit on the steps here, or on the lawn at Sun Yet Sen park across the street.  For prime locations, stake your spot about an hour before the parade begins.  The parade extends all the way down Hotel street, so you can catch it anywhere along that route.

Besides the parade, there are several stages located throughout Chinatown, with performances happening all day.  There is usually a schedule on a large poster near each stage.  Don’t miss the iconic lion dances!  Little ones will probably be overwhelmed by the crowds, so you might want to catch an earlier performance at one of the street stages, and leave when it gets dark (and starts getting really crowded).  The festivities will continue until 10 pm, though, so if you don’t mind the crowds, there is plenty to see and do!  Work your way back through the vendor crowds up to the Cultural Plaza after the sun sets and go upstairs to find a comfortable vantage point of the stage from the 2nd floor deck.  The plaza will be packed with people, but you’ll see some amazing performances and the 2nd floor deck will give you a great view (plus a railing to lean against as you watch).

The best part of Chinese New Year is the food!  Every year, when we ask the kids what they want to do, they list the things they want to eat.  There are food vendors everywhere!  Traditional New Year’s gau (mochi cake) is easily found at any vendor, and jin dui (sesame balls) are also easy to find, but they’re worth standing in line to get them hot and fresh from the oil.  They are filled with either coconut or black sugar, with black sugar being more popular (and having a longer line).  You can usually get coconut ones faster.  Long, sweet Dragon’s Whiskers only come from one vendor inside the cultural plaza, and they sell out early in the day.  Noodles and dim sum are usually found inside the various restaurants and shops.  Our favorite is the baked manapua from Royal Kitchen, at the mauka-ewa corner of the Cultural Plaza facing the river.  Other goodies include kettle corn, moon cakes, jai, and plenty of other treats to eat during the parade, or while you’re relaxing in the park, or to take home.

If you’d like to sit down and have a nice dinner after the parade, you’ll probably want to make a reservation to avoid a long wait.  There are many restaurants in Chinatown, and they will all be very busy.   Our favorite is Little Village on Smith street (near our park).

This site uses Akismet to reduce spam. Learn how your comment data is processed.